Sounds of the ER

So, to no surprise to anyone who's read this blog for any period of time, I've spent just about every second I've had off this 3 day work stretch watching NHL all star coverage. One of my favorite parts of watching it, second to Henrik Lundqvist in a suit (ohhh yeah, click that link and soak up the Swedish hotness ladies) is the "sounds of the game" feature where they mic up the players and record the sometimes borderline inappropriate shit they say while playing and everything going on around them.
Yeah, well, maybe I was trying to go to my happy place, but I was thinking about all this tonight when I got not just one, but a rapid succession of screamers. In all these cases, you could actually hear the patient rolling in the ambulance door- the first was a high pitched scream followed by a string of obscenities from the nursing home patient they brought me at shift change with a GI bleed. We literally couldn't get her out of the little ball she has wrapped herself in to hook her up to the monitor, until one of our paramedics came in. When he started talking to her, she started screaming, " I love you darlin'! Kiss me baby!" and spit EVERYWHERE. It was pretty excellent. She became pretty social after that and started yelling at me about how I was pretty- unfortunately, she wasn't doing so great, so she had to get moved into one of the critical care rooms, and was rapidly replaced by another screaming patient. This one would probably be the alto to her soprano though, and was a little less verbal, although she made up for it in volume. Across the ER, you could hear the "ARRRggghhaaaahhhhhh! Ahhhhrrrrahhhh" clear as day. She was also pretty into pinching and hitting while attempting to climb out of bed, so we sure did have to restrain her and keep her down in the ER all night because the floor could not handle the madness at that time.
So, late that night we had the token drunk patient that had to end up in my psych room (18 pack of beer, ya'll!) who felt that moaning was the best way to get another warm blanket, despite the fact he could talk and had the call light easily within his reach. So, I'm trying to get these folks paperwork in order and medicate my one walky-talky "normal" patient when they both start in at once. Along with his monitor alarms (because they go off for anything and everything), it was like sweet music.
He and his wife were clearly disturbed. How do you even explain that? So I was just like, "Yup. Sounds of the ER. Here, have some more Morphine. And let me shut this door." Poor dude.
Posted by hoodnurse at 6:20 AM 1 comment:

Am I the only one around here who gives a shit about the rules? 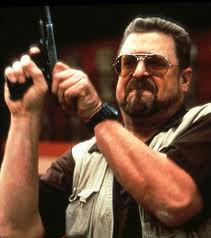 Well, I wasn't sure that shit up here could get any more foolish, but recently it has. Winter always sucks- this was about the time last year when we were running a mini ICU in addition to the ER with half the staff. Lucky for us the patients aren't as sick this year, but unfortunately they're making up for it with twice the crazy.
It's pretty sad for you and us when you're familiar enough with the hospital to even know that a house supervisor is a thing- it's even worse when you feel like you can call them for your own ticky-tacky stupid bullshit. Listen. When we have 16 holds in the ER and and 10 ambulances an hour in our 40 bed ER, we're really sorry that you have to wait seven hours to be seen for an upper respiratory infection that you've had for a week, but compared to the guy who checked in 5 minutes ago who's having a stroke, we don't really care. You know who cares even less? The house supervisor. Yes, while she's dealing with our issues, med floors and ICU at capacity, all the hospital's call ins, and various other madness, you will not be rewarded by interrupting her from doing real work by calling her from the waiting room so she can listen to you complain. On a realated note, when the only purpose for your ER visit is to get readmitted to rehab, we are very sympathetic to your problems and want to help you, but the doctor must help the 5 other actual emergencies that just came in. Your admit orders may have to wait just a minute. It's how emergency rooms work and not an issue the house supervisor needs to be called about.

Oh, and we've stepped the drama and physical aggression up a notch, too. Fake syncopal epidsode lady came back. In case you were wondering, she hasn't stepped up her game at all, so when her usual didn't work, she just tried to push her way back with the patients that were brought back to rooms and proceeded to run to the doctors station to yell and demand they see her. Was that enough for the police to throw her out? Nope. Not at Hood Hospital. Now, you may ask, what does it take to get thrown out? Spitting on the floor in the waiting room just to be a douche, immediately after screaming at the medic in triage that the waiting room was too effing dirty? Nope, not that either. So far, the only offenses worthy of this punishment include coughing and spitting in the nurse's faces whilst calling them bitches (even in this case, the doctor had to refuse to see the patient and order she be escorted out) or beating the shit out of your underage girlfriend in front of staff and other visitors (not before the girlfriend pepper sprayed the dude indoors, secondhand pepper spraying everyone in the fast track area, including her 11 month old). Yup, response time on that last one was ten minutes, even though we used the "oh shit" button. Reassuring.
It's only going to get worse, as bonus shifts are still not a thing- recently they've gotten desperate enough to offer it 2 hours before the shift starts- very helpful. Supposedly, the travel nurses they're hiring are supposed to save us, except the newest one showed up drunk to her first shift.

I'd be more upset, but I'm still just kind of in awe. Who does stuff like this? Who raised these people? In the words of Walter Sobchak, "Am I the only one around here who gives a shit about the rules?" It would not even enter my mind to act this way. When I was a kid, I learned that waiting was a part of life and I just had to deal with it. When someone tries to help you, even when they can't get you everything you want, you say thank you. You talk to people respectfully and you don't make a scene in public. I've been dealing with this shit for two years now, and I still don't understand the thinking or the environment that make people act this way. Can anyone enlighten me?
Posted by hoodnurse at 2:07 AM 16 comments:

At least don't be so lazy about it

Real conversation that actually happened ahead. My parts may or may not be paraphrased to better reflect what I was actually thinking.
Hood nurse: Haayy young patient with foolish complaint who's getting admitted because you're non-compliant with your beetus and blood pressure meds! I know you've been asking for some pain meds for a while now and that Dilaudid has been working pretty well, but the admitting MD isn't having that shit so it's time for you to get some Lortab! Whee!
Patient: Well, I don't think that's a good idea. I can't swallow a pill. I feel like my throat's closin' up (ed note: satting 100% on room air) They been givin' me that Dilaudid through the IV.
Hood nurse: Uh huh. Well, can you drink water? Cause I bet we could get you some liquid Lortab, we just have to get it from the pharmacy.
Patient: Well, that doesn't even matter, because also, I'm allergic to that and ya'll should have that in my chart. Yeah.
Hood Nurse: Hrm. Well, I sure don't. I just don't know why. Let me note that for you so they don't try to give you a prescription for that when they discharge you. I'll go let the doctor know right now.
Patient: Well, let him know that I'm allergic to anything for pain that isn't Dilaudid.
Hood nurse: Really?
Patient: Yeah. I can only get Dilaudid. I don't remember what all that other stuff is called but I'm allergic to all of it.
Seriously? Fail. Listen, lying to my face is one thing, but do you have to be so effin lazy about it? I mean, seriously? At least memorize "toradol" and "fentanyl" and come back when you're ready to come drug seek with your shit prepared. That's just disrespectful.
Posted by hoodnurse at 6:35 AM 17 comments:

Yeah, so since I started my resolution of getting my ass back in my non stretch pants earlier last year I have nothing to share with you in that regard other than I will sincerely work hard to share with you the most heartbreaking and horrifying thing I have ever seen in my career here with you in not too long, guys, but I just still can't do it right now.
But, for right now, I will share that new year's eve was pretty sweet and am the ultimate champ of guess the blood ETOH, for which I won $3.50, 2 packets of saltines, a pack and a half of gum, and a red bull. Since I'm in a good mood since I'm getting over my upper respiratory infection and have a couple of days off, I will share with you the secret to my success to you can all win money at this game, too. Let me give you the patient scenario:
40-50 some man goes out on NYE, drives his car into a wall. Airbag deploys, man climbs out of drivers seat and into passengers seat in front of witnesses at the scene, tells police he wasn't driving and that the driver ran off, presents to the ER backboarded and c-collared. Unable to form a sentence or give us his birthday. Sober enough to stick with his story. Based on this info, you calculate
Legal ETOH limit:0.8- at least twice that to be drunk enough to run into a wall and round up for good measure brings up to 1.6 ^ 2.0.
Patient's age combined with his quick thinking in a situation like this leading me to believe he's probably been training for this for a while- add 1.0+2.0=3.0
Add the fact that he was probably pretty drunk, even for him, as he was unable to maintain clear speech add 0.2, leaving us with 0.2+3.0=3.20.
Actual number 3.19. Yes, I am the ETOH CHAMPION.
Posted by hoodnurse at 5:56 AM 6 comments:

Yeah, no, I'm not talking about you. Actually, I'm not even technically an RN. I used to be a CNA and I watch lots of shows on Discovery and TLC, I've had 8 kids and I read a lot of stuff about natural remedies on the internet so I think I'm pretty much qualified to be one. I'm currently unemployed so all of these stories are just things I think up when I'm at home during the commercial breaks for Maury.